The Mercedes-Benz S-Class has long been the car which success lusts after A posh, expensive-looking saloon at a price that isn't, but is there much to watch for?

There's a reason why chauffeurs across the globe, from Southampton to San Francisco, adore the Mercedes-Benz S-Class. It's because the limousine is and has long been a pillar of luxury, making drivers and passengers alike swoon.

The previous-generation model won't cost you Rolls Royce money, either - unless your eye is on a Maybach version, that is. A budget of only Ł20,000 is enough to get you a 2014 or 2015 example with fewer than 70,000 miles to its name. That undercuts even a new Toyota Yaris.

The S350d is among the cheapest variants to not only buy but also to run. The V6 officially averages 52.3mpg, while the straight six is rated at 44.1mpg. Don't fret about this drop, though: it's merely because of newer WLTP efficiency tests, meaning the latter figure is just more realistic. 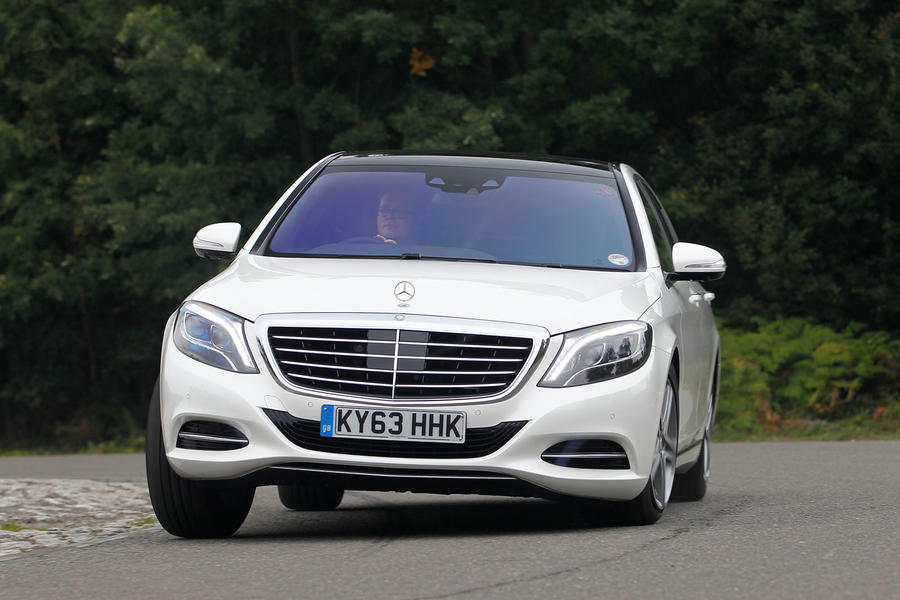 There are also hybrid models if you would like to take your S-Class with a side of electrification. Of the pre-facelift cars, the most efficient is the S500e plug-in hybrid. It has 302bhp and a 100.9mpg average.

Of all versions, though, the S560e - also a PHEV - is the best at sipping fuel, with its 122.8mpg average. It also has 482bhp, meaning you don't have to make sacrifices in the performance department.

Alright, enough numbers (for now), because there remains the matter of how the S-Class drives. Unsurprisingly, it has one of the most cosetting rides around and, for a car of its size and weight, it handles exceptionally well. The steering is precise and you will find plenty of grip. It still shines brightest in terms of refinement, since few other cars can waft like it, making it sublime on the motorway.

Its interior is even more impressive. Every S-Class features all the kit that you could want, never mind need and provides a great driving position, with good visibility. All the major and minor controls are logically placed. They work with a well-damped action and have a high-quality feel that few rivals can match. No variants have to do without the crisp 12.3in infotainment display, too, and it's intuitive to operate, via touch or a rotary controller. 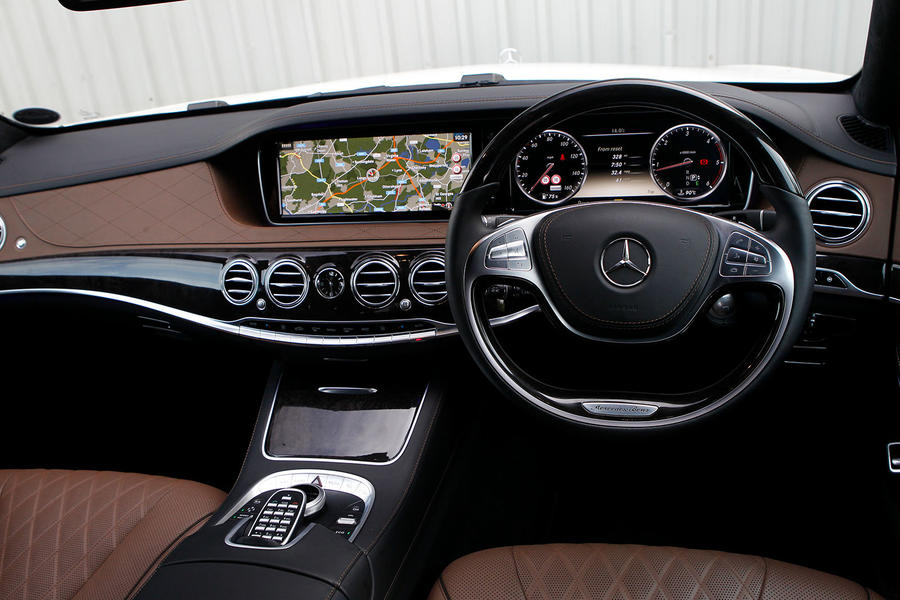 Being such a large car, the S-Class has plenty of space up front and lots in the back as well. To maximise this, there's the long-wheelbase chassis, which came standard on all models bar the S350d (it's a cost extra on that one).

There's also a boot that's more than adequate for a week's worth of holiday luggage, although the S500e and S560e plug-in hybrids have smaller boots (395 litres and 410 litres) because their batteries eat into the space.

Those interested in variants with high CO2 emissions might want to look at examples registered after April 2017. This way you will pay less VED, as it's a flat rate fee of Ł165 per year for all ICE cars. 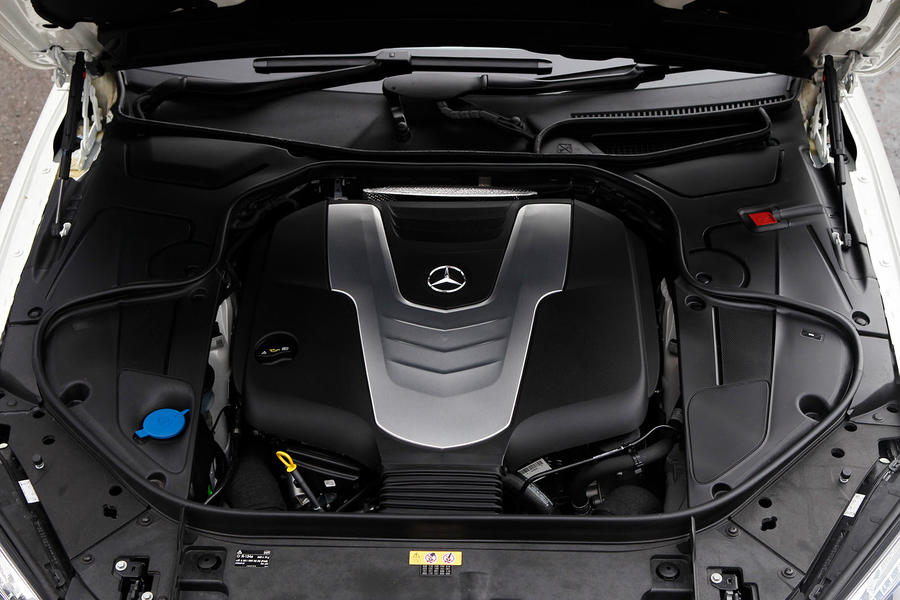 Recalls: The S-Class has experienced a few recalls, so check them out and investigating whether your example is involved in one. They range from faulty engine start/stop software to gearbox malfunctions.

Electrical equipment: With a lot of complex, electrically powered equipment, the S-Class has a lot that can potentially break. Make sure that it all works as it should, including the seats, infotainment system and powered bootlid.

L AMG Line: There are plenty of longwheelbase models to go around, and they don't demand much of a premium, so you might as well take advantage. AMG Line gets you lots of kit, plus it makes the S-Class look the business, too.

S350d V6: This diesel won't be a burden on your wallet, and anyway it's just a great engine. By opting for it, you will be getting one of the sweetest and quietest diesel units around.

AMG S65 L: Do you have pockets that can take 23mpg and a thirst for prestige and performance? Well, this V12-powered yacht is a powerhouse in every sense of the word.