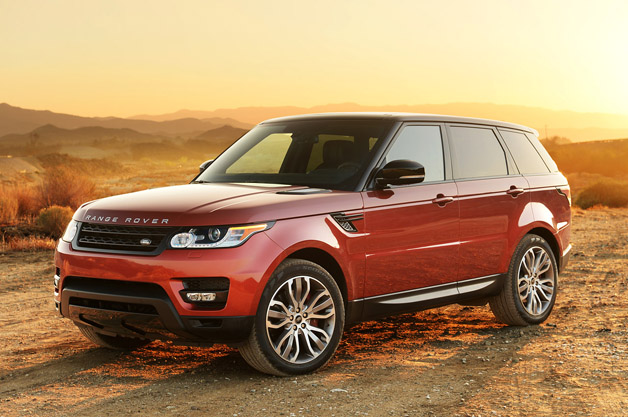 "No Land Rover has any business sounding like that!"

My dad's words hung in the air like the few stray puffs of exhaust trailing in my wake as I motored away from him following a nice dinner. His parting statement to me really summed up the experience of driving this Chile Red Range Rover Sport. This is a vehicle unlike anything else Land Rover has ever built - and it needs to be. The Sport has been the British marque's best-selling vehicle since it went on sale in 2005 - even in its predecessor's final full year of sales, 2012, it still netted a four-percent bump. That kind of staying power needs to be preserved.

Doing that would be difficult, though, as Land Rover launched a pair of particularly notable products before it was time to redesign the Sport. The Range Rover Evoque has set the design benchmark for the Land Rover brand, while the all-new, fourth-generation Range Rover was the best sport utility vehicle Land Rover has ever built, and arguably one of the very best on the road, full stop.

The task seemed clear, then: build a worthy successor to an SUV that customers have been clamoring to buy for the better part of decade, while also adding the design chutzpah of the Evoque and living up to the class-leading standards set by its big brother.