Pro Stock driver Troy Coughlin Jr. has experienced an up-and-down start to the 2021 NHRA season, racing to two final-round appearances in the first five races of the year, while also suffering three first-round losses. As the tour arrives at New England Dragway for this weekend’s TascaParts.com New England Nationals, the third-generation pro has a plan in place to level his fortunes.

“I need to stick to the process and make the best lap possible every time I pull up to the starting line,” Coughlin said. “I know we’ve got the horsepower, the best crew chiefs and crewmen, and an awesome racecar — the ingredients for sustained success are right here. We just need to keep after it.

“I’ve learned from my uncles and grandfather to be more process-oriented than performance-oriented. And it’s important to enjoy the process and never forget what a privilege it is to drive one of these cars at this level.”

In the three weeks since the last NHRA event, the team at Elite Motorsports has been making big gains with Coughlin’s JEGS.com Chevrolet Camaro. Meanwhile, Coughlin continued to hone his skills with a weekend at the Derby City 50K bracket race, piloting a JEGS dragster alongside his sister Paige Coughlin and their cousin Makenna Brown. 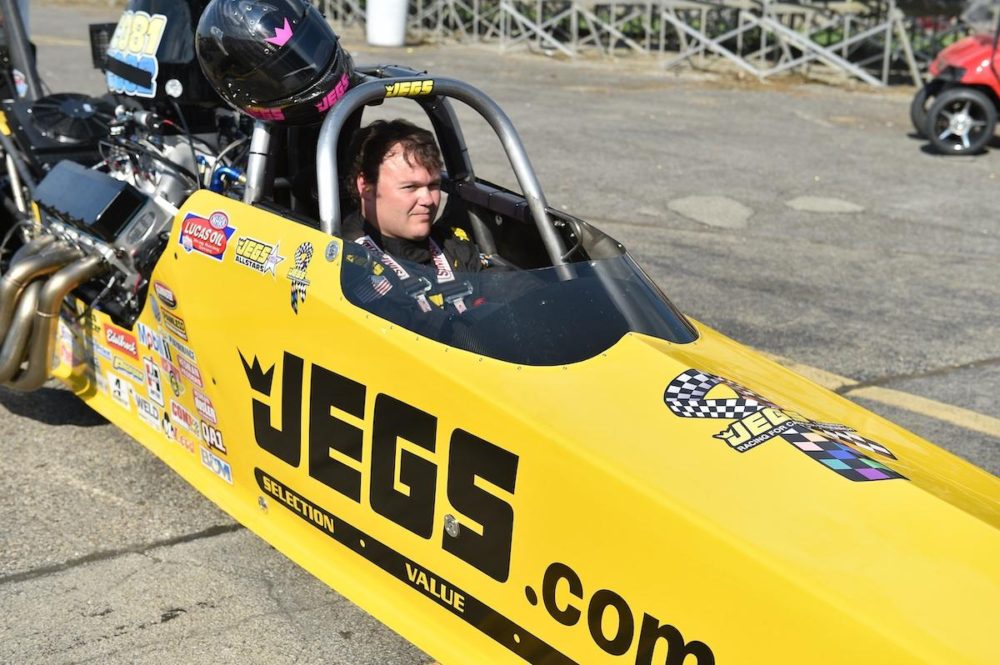 “Different car but same process, so it was good to get some seat time and have fun with Paige and Makenna,” Coughlin said. “I entered twice so we ended up running more than 20 passes in competition. I even managed to make a little money by reaching the semifinals of a 32-car shootout that was part of the program.

“It helps you remember the good times when you have a chance to turn on some win lights, which is the mindset you need to keep. When your luck is running cold, it only becomes an issue if you make it one. We’re not going to do that because we have so many great chances to win ahead of us.”

The COVID pandemic forced the cancellation of last year’s national event in New England so Coughlin expects the fans to be in high spirits when the action roars to life on Friday.

“A couple years ago I remember a bunch of the fans at the Epping race coming up and saying, ‘Thank you for being here,'” Coughlin said. “They were so excited to have us in their backyard. I thought it was kind of odd to hear that because I was wanting to thank them for coming out and being such great supporters of our sport.

“They’ve been waiting an extra year to see us again so I’m sure it will be a big weekend for all of us. I know we’re all ready to get started.”