Iconic Edition of the TT RS starts at Ł87,650 The Iconic Edition is a final goodbye for the Audi TT RS but is it a worthy swansong?

Let's deal with some numbers first, starting high: Ł87,650. That's a huge sum of money for an Audi TT, even a hot one that is the last of its kind in a sports coupé market that seems to have got a case of the dreaded shrinks.

So let's temper it with a lower number: 100. That's how many of these Audi TT RS Iconic Editions will be built, with just 11 coming to the UK.

There's an even smaller number as well: 0. That's how many remain on sale in the UK. Say what you will about Audi, but it knows its market intimately well. To me, nigh-on Ł90k for a TT is ridiculous money, but the Germans have sold every single one before people even had a drive in them.

And unlike in the Audi R8 GT we also tested in November, the TT RS Iconic Edition doesn't get any engineering special treatment. There's no coilover suspension here, or trick rear diff, just a regular TT RS with a bit of added aero fairy dust. 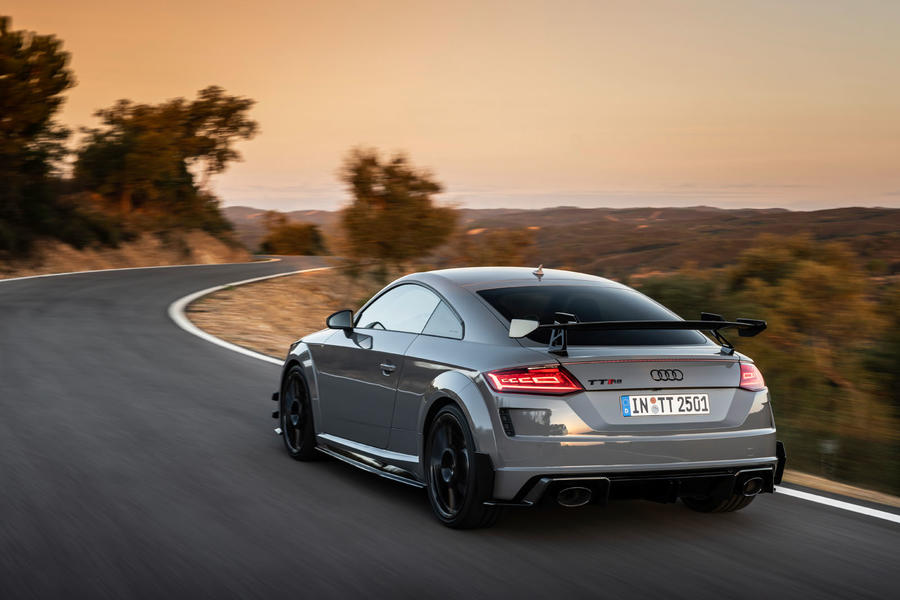 This stretches to additional flics on the front apron (plastic, not carbonfibre), a new front splitter and a new rear wing. It ups the aggression a bit, but not overly so and not to the detriment of the iconic TT shape. The wheels are also exclusive to this model, but only by a narrow margin. They're the same shape and size (20in) as the regular RS's but are gloss black on the Iconic. And that's it for the exterior.

Inside, the seats get 'Iconic Edition' embroidered in yellow stitching, a colour that is continued elsewhere and one that helps lift the Alcantara/leather mix a bit. It's a nice touch and does add a bit more exclusivity to proceedings, as the rest of the interior is typically Audi - stylish, immaculately built but just a touch on the dark side. It also remains a 2+2 and that really is a rare thing these days.

There's a numbered plaque on the gear knob as well so you know exactly which Iconic Edition you've paid quite a lot of money for.

Sorry, I'm in danger of being a bit glib about all this because, to be fair, any TT RS, even one as overpriced as this, is still a mighty all-season weapon. The Iconic has the same 2.5-litre five-cylinder turbocharged engine as the regular car so pushes out a not inconsequential 395bhp and 354lb ft. Back in the day when it was launched, those figures (aligned with the Quattro all-wheel drive) were enough to see off a Ferrari F430 and even the 997-generation Porsche 911 Turbo.

Even in 2022, the power is still staggering. There are few cars more capable of monstering cross-country miles with ease despite whatever the weather throws at you. With the simplicity of the seven-speed dual-clutch gearbox, it's a doddle to point and squirt across any road. Plus, no one would ever get tired of that five-cylinder beat - loud enough to be interesting, quiet enough to be civilised. 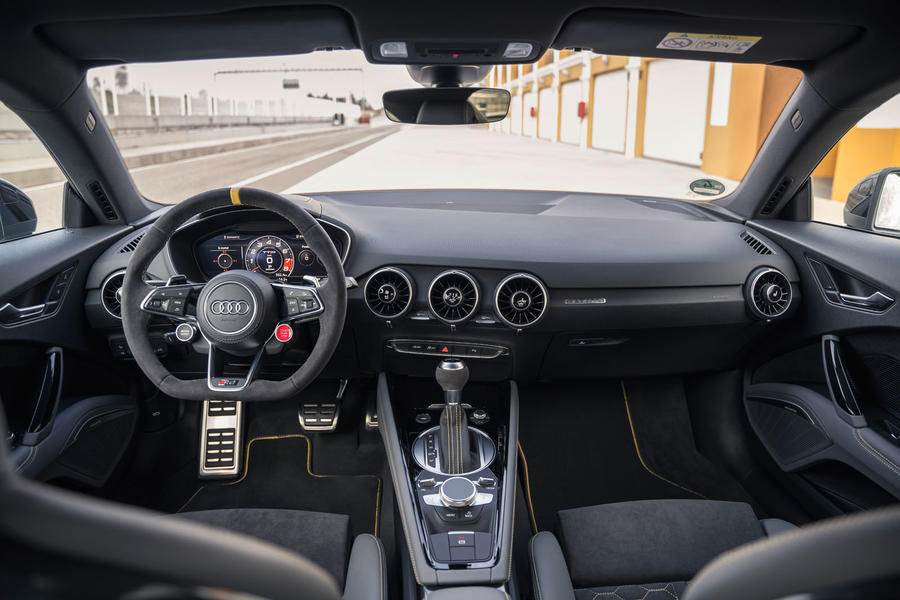 The various driving modes remain from the normal RS, so you can tweak things like the steering weight and gearshift but, as ever, Individual remains the one to pick with everything bar the suspension dialled up. This is not a particularly comfortable car, and in Sport, it's downright bouncy.

If only it breathed a bit more with the road, like its Porsche 718 Cayman GTS rival. Then it would feel a bit more delicate in your hands and a bit more nuanced, rather than the sledgehammer/nut thing that it currently does, admittedly with its typical confidence-inspiring Quattro. It's fast and grippy, but a bit one-dimensional.

We return, then, to one last number: Ł26,775. That's the price difference between a normal TT RS and this. What price exclusivity, eh?

Frankly, it's a ridiculous sum of money for a TT, even one as rare as this, and if I'd bought one, I'd feel like I'd had my leg taken up. But then this is the last of the line, a dying breed of car with a brilliantly wonderful engine. What price posterity, eh?