That doesn't mean it isn't a very appealing specification to the sorts who like to Disco, mind you. No flared trousers, here, but there is a medallion hidden in the B-pillar, along with, uniquely, Bright Atlas grille detailing, Hakuba Silver lower-bumper inserts, gloss-grey diamond-cut 22in alloy wheels and black brake calipers; and inside, a sliding glass roof, a head-up display, a heated steering wheel, wireless phone charging, a cooled compartment, quad-zone climate control and rather attractive Titanium Mesh trim. That last item complements the standard Windsor Leather upholstery, in our car's case coloured in a combination of Light Oyster and Ebony, which nicely breaks up the vast expanses as compared with the Ebony and Caraway options.

Vast expanses they are indeed, because this is a truly enormous car with a commensurately enormous interior. You sit a long way from your front passenger in your infinitely adjustable and very comfortable seat, while another two adults could very happily sit behind you and two children behind them again. 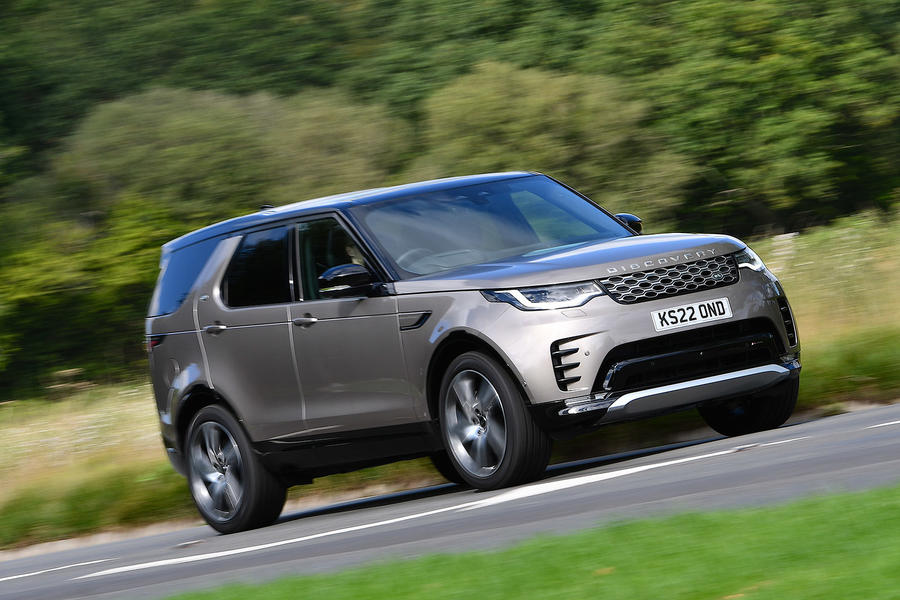 Also worth noting inside is the Pivi Pro infotainment system, with its big curved touchscreen. It looks very slick indeed, not falling into the trap of being overbearing or dissonant, instead blending into the rest of the interior architecture. And to use, it's simple enough once you've got used to it, and not once in our week-long test did it get its knickers in a twist.

After a significant round of chassis updates in 2021, the Discovery continues to drive very impressively on the road for something that will go much, much farther off road than the comparable Audi Q7 or BMW X5.

Those may feel sportier to drive, but the big Landie still steers very neatly on country lanes (which it really needs to, considering its unnerving girth), while its motorway behaviour is that of a proper cruiser, dealing with long-wave compressions in a relaxed manner and generally adeptly glossing over small imperfections.

The D300 is probably the more sensible choice, astonishingly refined for a diesel and serving up great waves of torque at very low revs for effortless overtaking - something that will also make life easier if ever you need to crawl over rocks. The only disappointment is its economy: 30mpg in our test. Yes, this is a big, bluff, bulky thing, but it's also a mild-hybrid diesel. 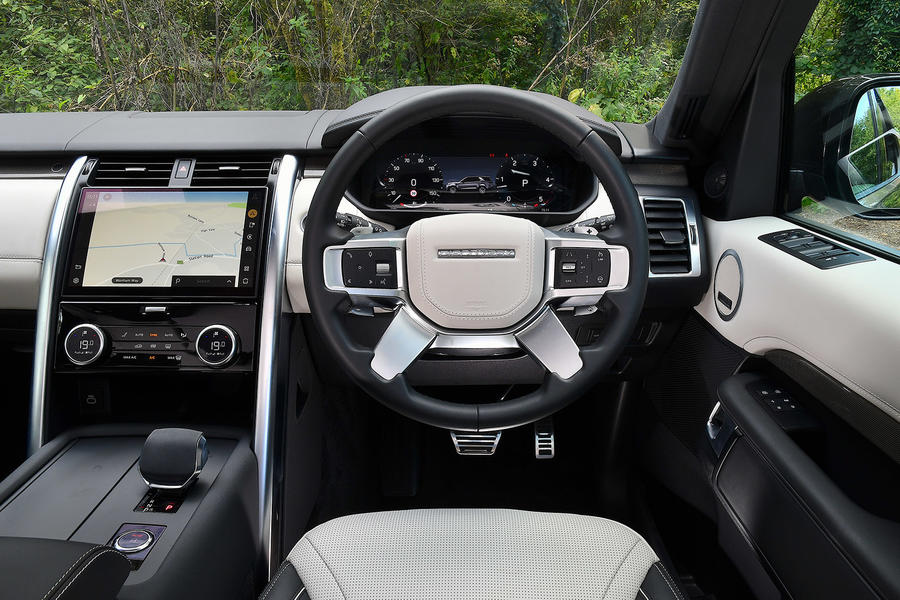 Much like the Range Rover Velar, it gives the impression almost of a yacht in the way it drives, softly bobbing along but, when you open up the throttle, leaning back and absolutely surging forth. Considering what it is, it really can move in a hurry.

The Metropolitan Edition doesn't bring any kit that anyone strictly needs, but if you need seven seats and prefer its looks to the Defender's (have a word...), it will play the Range-alike role even more convincingly than the regular R-Dynamic HSE upon which it builds.

With all that overlap, we wouldn't be surprised if this is the last ever Discovery. But if it does prove to be so, it will be retiring at the very top of its game, objectively if not contextually.