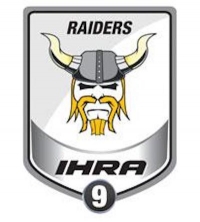 The Neese, S.C., track is at an excellent location near Interstate 26 and close proximity to Interstate 95. Racers have easy access to the 150-acre property. South Carolina Motorplex is a top-notch facility, named the IHRA Division 9 (Raiders) Track of the Year in 2019.

Unfortunately, the 2022 IHRA Division 9 Summit Team Finals was cancelled due to Hurricane Ian. Those IHRA-member racers will have the opportunity to qualify for the 2023 IHRA Summit SuperSeries World Finals at an upcoming IHRA Sportsman Spectacular event with details to be released soon.

At the last IHRA Division 9 Summit Team Finals, Tim Lucas was dead-on his dial-in time to win the Box final over Jamie Silance. Mark Dudley Jr. put together the winning package in No Box against Jason Craft.

Stay tuned to IHRA.com and our social media channels for more news about the IHRA Summit Team Finals.