Used examples are approaching half their original price

The Renault Kadjar is a stylish approach to a market segment marred by designs that some say are becoming increasingly bland.

When it was launched in 2015 with a price tag of Ł17,995, one of the other key draws of this family SUV was its value for money. And prices are even more enticing today, as used Kadjars with fewer than 30,000 miles on the clock start at around Ł10,000.

What exactly are you getting for the money? While the Kadjar can't quite match its Mk2 Nissan Qashqai relation for refinement, it offers hatchback-like handling, good performance, strong standard kit and, to our eyes, a prettier design.

Practicality is good too. With its two-tier boot floor lowered, the Kadjar offers a respectable 472 litres of luggage capacity (more than the Qashqai, at 430 litres), growing to 1478 litres when the rear seats are folded flat. 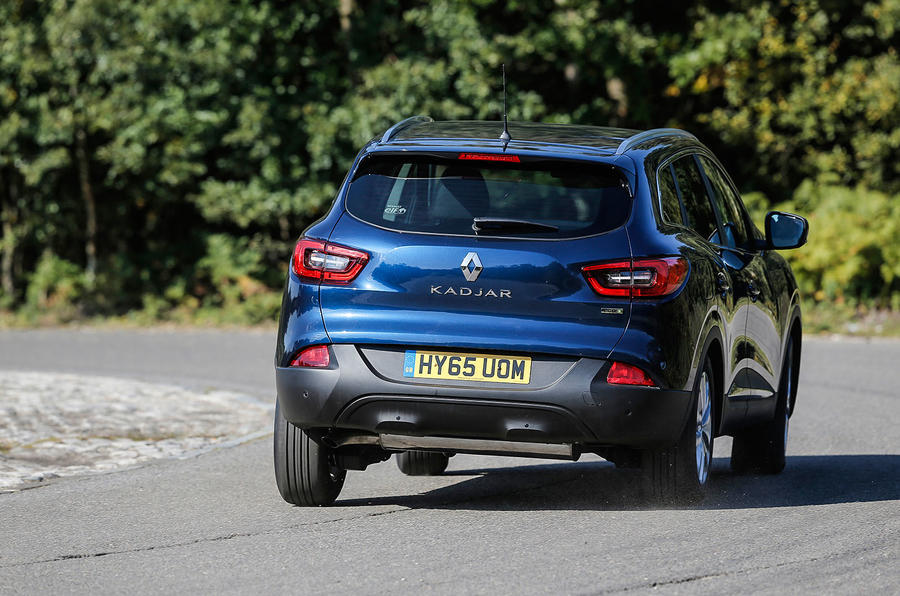 The Kadjar was available initially with three engines. The sole petrol option was a 128bhp turbocharged 1.2-litre unit (TCe) getting 50.4mpg. A 1.5-litre four-cylinder engine (dCi) opened the diesel range with 108bhp and up to 74mpg; and then there was a 1.6-litre four-cylinder diesel with 128bhp, 58.8mpg and the option of four-wheel drive.

The best and most refined Kadjar engines, however, were added after the model's 2019 update, which also brought a more modern-looking design. The new 1.3-litre three-cylinder turbo petrol (co-engineered with Mercedes-Benz and therefore also used in the A-Class) was introduced in 138bhp and 158bhp guises.

Both these petrol units are good choices, with improved low-range torque over the previous ones, so much so that 70% of buyers opted for one over a diesel. Both were also sold with either a manual or an automatic gearbox. 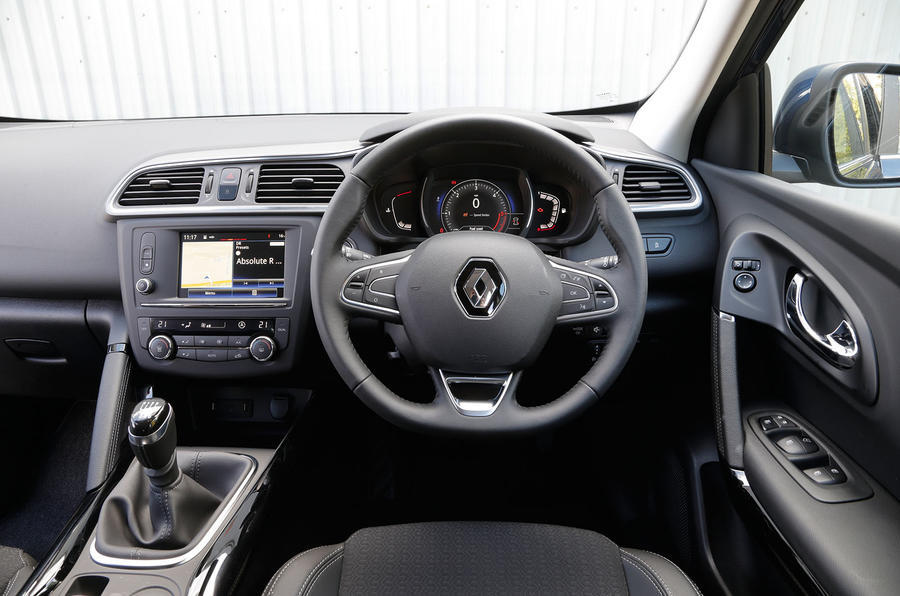 Meanwhile, the diesel units were made cleaner and renamed Blue dCi. They produce 113bhp and 148bhp. Also introduced was a 1.6-litre diesel that offered 163bhp, with a six-speed manual gearbox, a 0-62mph time of 9.9sec and up to 42.9mpg.

These diesels weren't around for long, though, being removed from the range in 2020 as part of Renault's move towards cleaner fuels.

Despite that shift, though, there aren't any electrified powertrains available in the Kadjar. For that, you will have to wait for its replacement, the Austral, which is due to arrive later this year.

Four specification levels were available at launch: Expression+, Dynamique Nav, Dynamique S Nav and Signature Nav. Dynamique Nav is the one to choose, with climate control and a 7.0in touchscreen infotainment system with sat-nav.

The hierarchy was adjusted at the 2019 facelift, changing to Play, Iconic, S-Edition and GT-Line. The Kadjar gained 17in wheels, automatic lights, automatic wipers, a new 7.0in infotainment touchscreen, cruise control and climate control as standard.

Iconic is our trim of choice on cars of this age, thanks to 19in wheels, a DAB radio, a reversing camera, keyless entry, sat-nav and front and rear parking sensors. 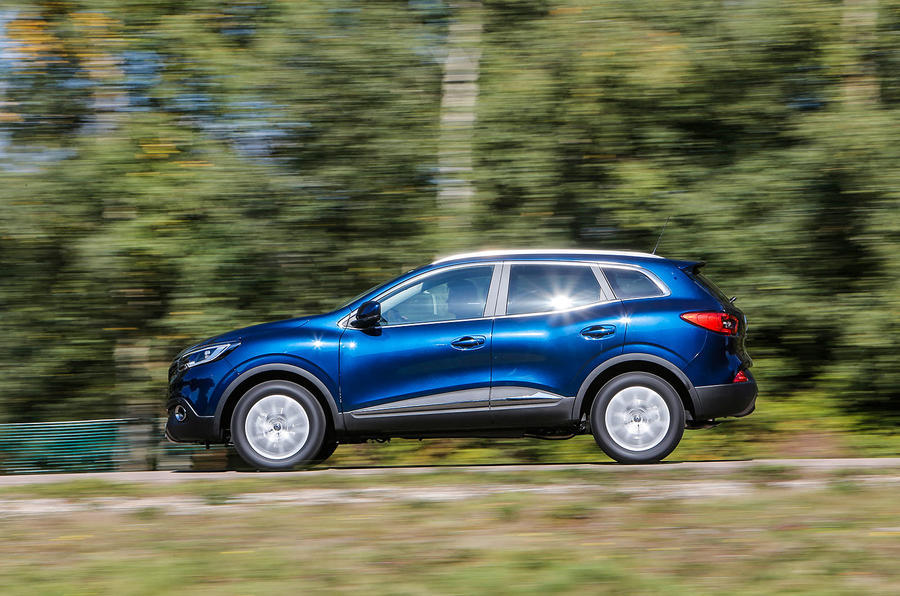 Cars in our recommended pre-facelift trim, Dynamique Nav, start at around Ł10,500 on the used market today, and you get a lot of equipment for the money. Signature Nav cars are priced from around Ł12,000, or you can opt for a post-facelift Iconic car for about Ł14,500. Top-of-the-range GT-Line cars start at around Ł15,500.

While the Kadjar was launched with a warranty and assistance package that protected it against defects recognised by Renault for four years or 100,000 miles, models made after 2019 are covered for only three years from the date of first registration. It's likely that a lot of the examples on the used market will be nearing the end of their warranty periods.

A total of 10,613 Kadjars built from 1 July 2015 to 31 March 2016 were recalled in 2016 as the side airbags could fail to deploy (or deploy incorrectly) in an accident. Renault dealers should fix this free of charge. 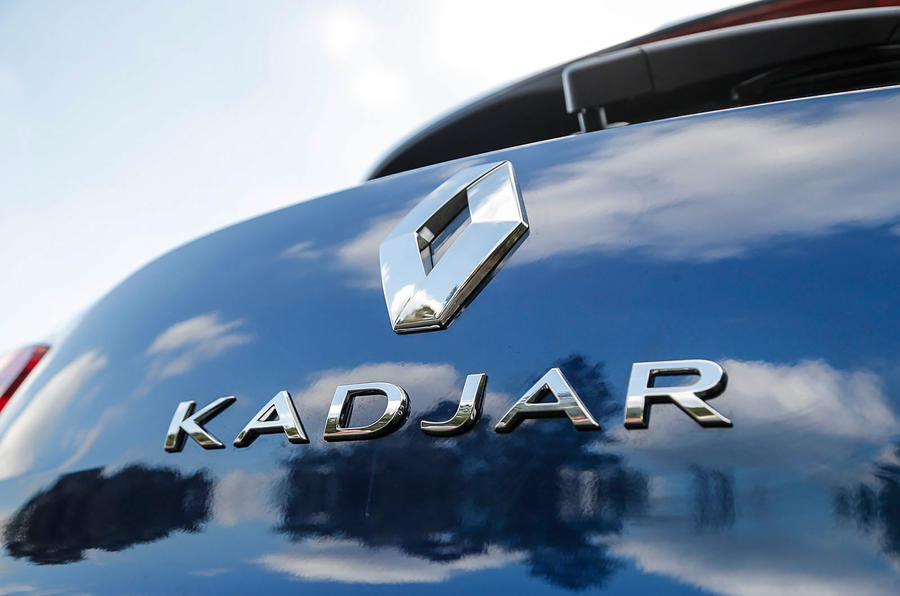 1.3 TCe: The later petrol unit isn't bad for efficiency and running costs, and it offers refined daily performance that suits the Kadjar well.

Dynamique Nav: Infotainment is a key consideration for most these days, and Dynamique Nav trim adds the 7.0in touchscreen and other assorted items for good measure.

Peugeot 3008: This French rival offers a smarter interior and hybrid power so you can pinch the pennies. It looks fresher than the Kadjar to boot.