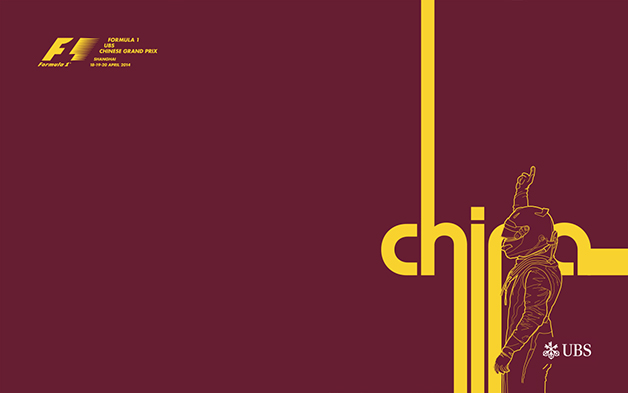 If the Bahrain Grand Prix was a bounty for the fans, the Chinese Formula One Grand Prix returned to the script entitled "Displays of Dominance" yet still offered a fair bit of action throughout the weekend. After not being completely comfortable in the car during the three practice sessions, Lewis Hamilton put his Mercedes AMG Petronas on pole - again, passing Alain Prost and Jim Clark on the all-time list - in a wet qualifying session that no one expected to be a good study for a dry race.

So far every weekend, Daniel Ricciardo has proved Infiniti Red Bull Racing made the right choice in calling him up from the junior squad, the Aussie taking the second spot on the front row in his Red Bull, ahead of teammate Sebastian Vettel. Nico Rosberg, suffering with brake and telemetry problems in qualifying, took fourth. Fernando Alonso predicted the best showing yet for Ferrari, a team in turmoil, and grabbed a fifth grid position he knows well, followed by the Williams duo of Felipe Massa and Valtteri Bottas, Nico Hülkenberg in the Force India, and Romain Grosjean getting Lotus into the last spot in Q3. Heartening for Lotus is that Grosjean said he thought he could have got into the top five if not for the rain.

When the lights went out, you could almost hear plenty of other drivers thinking, "I could get onto the top spot on the podium if not for the Mercedes'."