The Asia-Europe route is becoming more profitable to brands such as Polestar Ferry rentals costing $100,000 per day add to the inflation in car prices

In its latest earnings call, Nissan confirmed that it had paid an additional Ą19 billion (Ł114 million) to ship its cars in the six months to the end of September compared with the same period the year before.

In fact, across multiple earnings calls over the past couple of weeks, CEOs and chief finance officers groused and grumbled about the cost and difficulty of getting their cars from factory to customer.

The shipping crunch has become one more inflationary pressure to add to the list, except this is one that could be with us for some time.

"We know that logistics prices are up significantly. Ocean freight is up significantly," Ford CEO Jim Farley said on his company's earnings call. Meanwhile, BMW recorded a "high impact" increase in costs for both logistics and components of EUR2bn (Ł1.7bn) in the first nine months of the year compared with the year before. 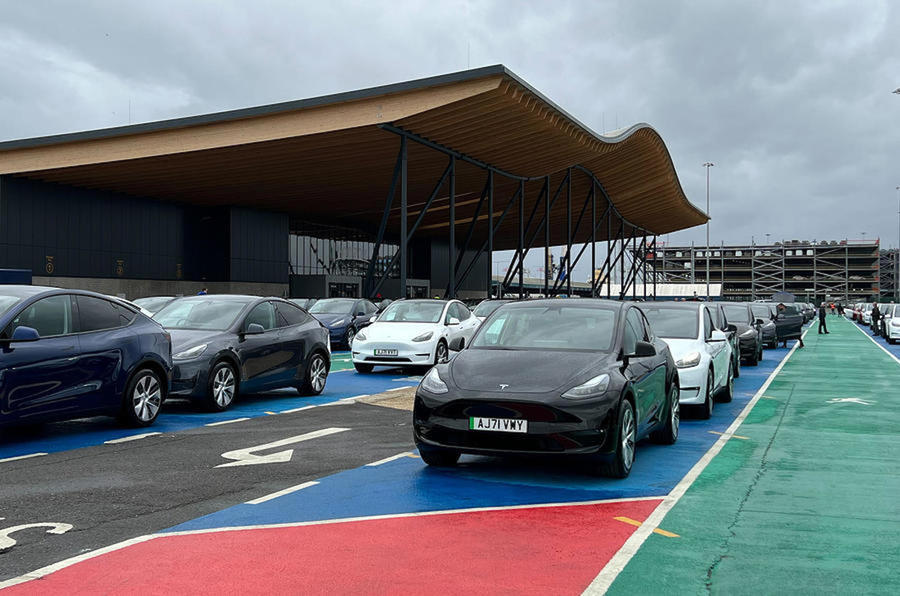 So what's going on? Why are there suddenly not enough boats to carry the cars needed, especially in a period when car makers are producing fewer cars because of the chip shortage?

Actually, this is a problem that has been building since 2016, according to Dan Nash, head of vehicle carriers at shipping data expert VesselsValue. Orders for the specialist PCTCs (Pure Car, Truck Carriers) declined by about four per year because shipping operators were expecting a downturn.

Then Covid hit in 2020, killing demand and prompting operators to scrap 30 ships in the third quarter that year, out of a global total of around 800. Then demand returned with a vengeance, and this year there has been even greater competition for the reduced shipping capacity. "The main reason behind that is EV growth out of China," Nash said.

The Asia-Europe route is one of the most profitable for car carrier operators, and it's getting more so as more car companies start to export out of China. These are both local, such as MG-owner SAIC and Geely's Polestar, and non-local, including Tesla, BMW (with the BMW iX3) and Renault (with the Dacia Spring).

Such is the demand that Chinese electric vehicle specialist BYD has ordered two ships, with start-up Nio rumoured to also be also on the hunt. "Chinese OEMs are getting fed up with trying to find additional capacity from the market," Nash said.

MG's current push to boost market share in the UK has seen it bypassing the car carrier shortage by shipping its cars in containers instead. "That's horrendously expensive, but it's the only way we can maintain the volume we need to satisfy dealer and customer demands," MG UK commercial director Guy Pigounakis said. 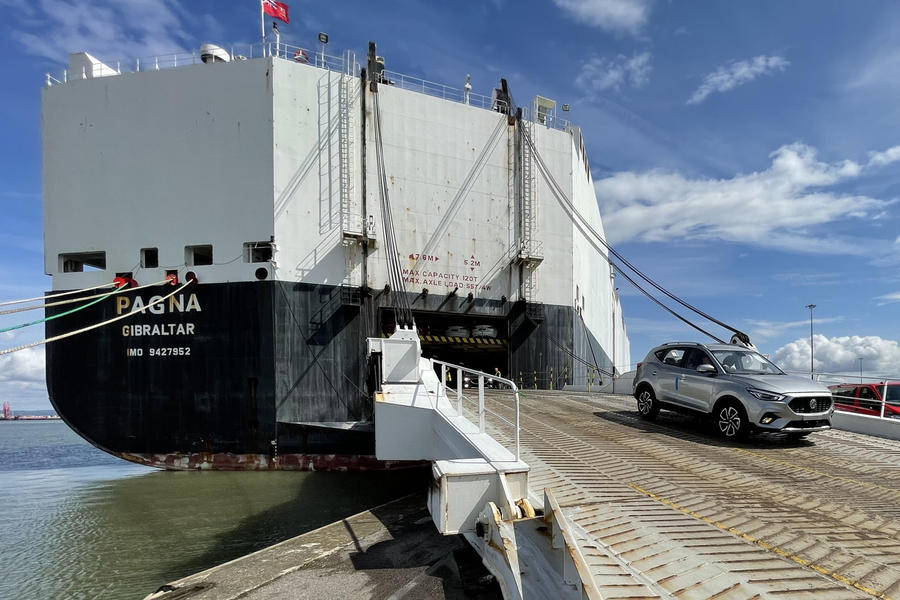 It's not such a foolish idea, reckons Nash from VesselsValue. "Container rates were outrageous but they've been correcting since September and there's talk of hitting pre-pandemic levels," he said.

That's also good news for European car companies shipping parts from China. "The cost has come down tremendously," Tesla CFO Zachary Kirkhorn said on the company's third quarter earnings call. "The cost of a container on the spot market from Shanghai got as high as $20,000. Now it's $3500-$3600."

Containers are not a long-term solution for cars, though. Compared with the hassle of driving cars into individual containers, a roll-on, roll-off ferry is a lot more efficient.

However, it's not just shipping that's experiencing problems. The ports themselves are struggling. Leading global car-carrier operation Wallenius Wilhelmsen has said it won't handle any car exports out the German port of Bremerhaven for October and November, and possibly December too because of excess congestion. The port is suffering a lack of drivers to move cars and containers, affecting many car makers, including BMW, which is facing a three-month delay to move excess stock, CNBC reported.

The driver shortage is also preventing manufacturers from moving finished cars across Europe. The mismatch is hampering car makers as production increases following greater chip availability. For example, Stellantis's production numbers rose by 25% in the third quarter this year, but shipments went up by only 14%, hitting the bottom line.

"At the moment, we can't build enough cars and the ones we are building in Europe we're struggling to get to the point of sale," Stellantis CFO Richard Palmer said on the company's third quarter earnings call.

The shipping squeeze is likely to be easier for companies with close ties to shipping companies such as Hyundai Motor, which owns Glovis. However, even Glovis was forced to charter the Grimaldi ship Grande Abidjan last month, at a cost of $99,000 per day, according to VesselsValue data.

How long before rates normalise is difficult to predict. New ships are in construction for launch in 2024, relieving some pressure. "No one really knows, but my gut feeling is 2025," Nash said.

One drag are the new emissions regulations imposed by the International Maritime Organization that, VesselsValue estimates, will force global fleets to slow down by 5% to use less fuel. That also speaks to a major focus of car companies going forward: their carbon footprint. The additional CO2 of bringing your cars in from China or wherever instead of building locally could be a major driver to swap, especially if it avoids $100,000 per day for your cars to go on a 30-day cruise.