From F1 to kart racing, we all have that one race that will forever stick in the mind. These are our highlights

You know you're working in a good (admittedly remote) office when an email for writers' favourite races goes out and all the replies come flooding in within five minutes.

Spanning the globe and a whole number of different eras, it's amazing what memories stand out, be they individual driver performances or tiny details like the way one driver leant his head into a corner. There's even a near-riot in NASCAR in our list.

Let us know which was your favourite in the comments below.

Did this race have the best driving? The most overtakes? I can't remember. I don't think so. It was at times a bit scrappy. Worse still, the result wasn't actually decided until after the chequered flag.

But as the drama played out I remember being kept in my seat like in no other race except ones I've competed in.

It's the final round of the 2017 Australian Supercars championship, the touring cars of the antipodes. Supercars, comprising Holden Commodore, Ford Falcon and (the less competitive) Nissan Altima saloons, are exceptionally closely matched. 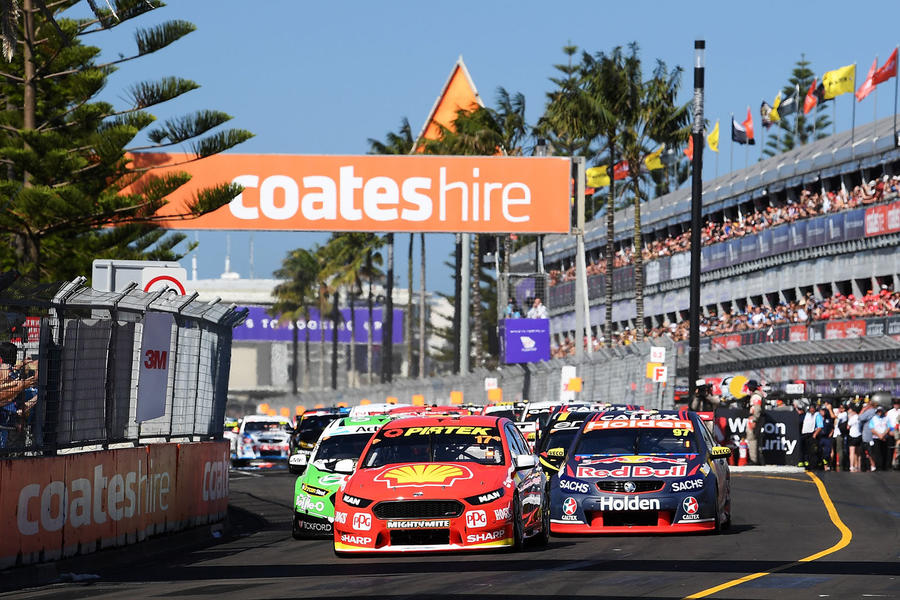 There's a control chassis and aerodynamic package. And with V8 power and locked spool differentials, they're noisy, loose at the back and exciting to drive and watch.

It has been such a tight season that coming into the November weekend at Newcastle (not that one), at which there'll be two races, five people can still win the championship.

Favourite is the series leader and living legend Jamie Whincup in a Commodore, searching for a record seventh Supercars title.

Most likely to stop him is the young Kiwi Scott McLaughlin in a Ford Falcon, 30 points behind him. But if Whincup does what he does best, he can have it all wrapped it all up by Saturday night.

Only he doesn't. Instead, a tangle on the opening lap of Saturday's race puts Whincup in the pits for repairs for so long that, when he rejoins, he's 13 laps down. He finishes dog last on the road.

So as the sun comes up over New South Wales on Sunday, it's McLaughlin with a 78-point lead and one hand on the trophy. All he has to do is finish the 250km race in 11th position or better.

He leads the opening spell and pits on lap 14, emerging again in front. Job done? Alas, no. In his hurry he exceeds the pit lane speed limit and cops a drive through penalty, landing him outside the top 20. 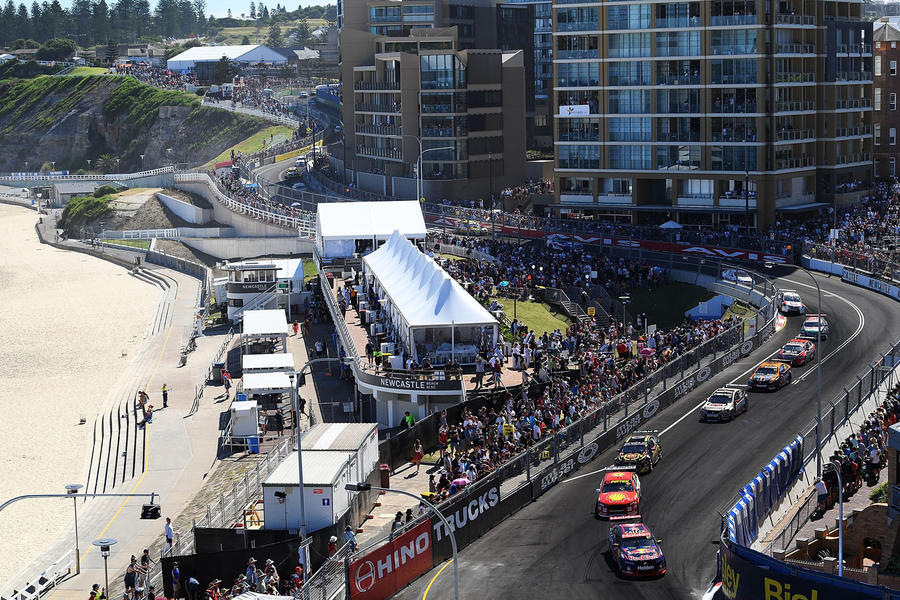 He races back through until he comes across one of the Altimas, driven by Simona de Silvestro, who has been repeatedly carving some great overtakes through an S-bend complex and has hauled her Nissan into 10th. McLaughlin attempts a clumsy overtake, hits the rear quarter of the Nissan, turning it around and landing himself another penalty - a 15 second hold at his next pit stop.

That puts him outside the top 20 again but still, remarkably, all's not lost. Newcastle is a city circuit with concrete walls and not only are mistakes punished hard, it usually takes a safety car to clear them.

McLaughlin works his way to 16th before one safety car comes spell compresses the field and, by the time a second safety car stint is needed (they're better drivers than I'm making this crash-fest sound), McLaughlin is in 13th.

Whincup is leading but that doesn't matter because, two passes after the restart later, McLaughlin is in the 11th place he needs to bag the title.

The only potential problem for McLaughlin is that Whincup's veteran team-mate Craig Lowndes is right behind him in 12th, on the fresh tyres he grabbed during the last safety car spell, with the specific instruction to chase McLaughlin down. But if Scotty can keep Lowndes back there, he takes his first championship. 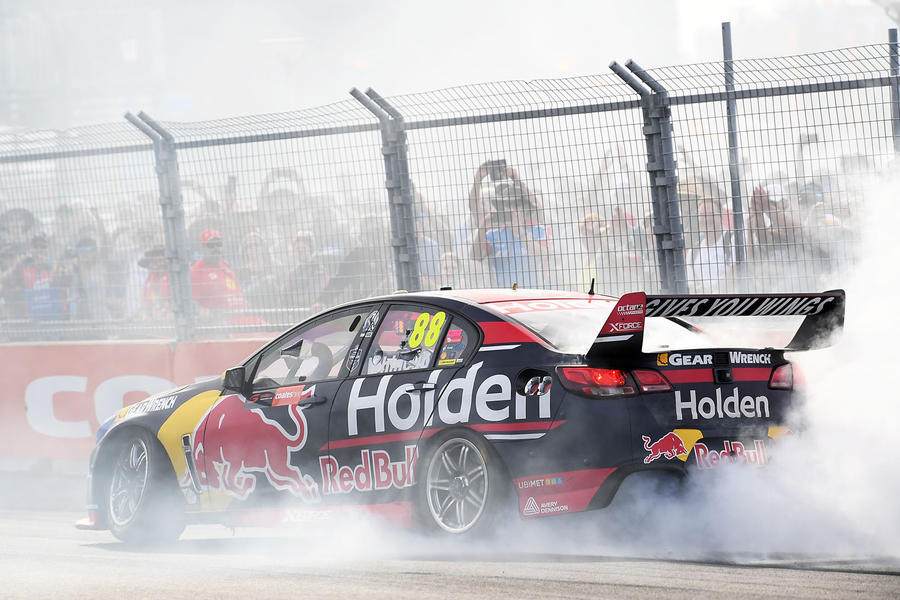 It's the penultimate lap. McLaughlin gets a little loose into turn one, Lowndes gets much better traction off the bend and has a run on McLaughlin down the next straight. Knowing the danger, Scotty, in car number 17 gives Lowndes a small squeeze, then even more of one, which edges Lowndes over, over, and as the track narrows - bang! - Lowndes is into the concrete wall.

Lowndes' front left wheel comes off skewed and, as he tries to accelerate, the suspension gives itself up, it turns him around and he slams backwards into the barrier. McLaughlin completes the next two laps in 11th but even as Whincup crosses the line in first the screen graphic flashes up "under investigation - car #17".

One more penalty is quickly despatched - a post-race drive-through - which relegates McLaughlin to 18th and hands Whincup the 2017 title by 21 points: 3042 to 3021.

It's Whincup's last title but is the start of a dominant spell for McLaughlin and his Ford team. He wraps up three back-to-back titles in 2018, 2019 and 2020, before heading to IndyCars for 2021, where as a rookie he already has a podium finish on an oval.

Whincup, meanwhile, now owns part of Triple Eight Race Engineering team and will, at the end of this year, retire from full-time driving.

Not that they won't face each other again: McLaughlin will be back to co-drive in this year's Bathurst 1000km. But I doubt they'll ever face each other in such high drama again.