The Renault 5 Turbo 3E has been built for drifting French firm releases all-electric prototype successor to the famous Turbo 2, complete with drift modes

It has been 50 years since the launch of the Renault 5, and to kick off the celebration, a special version of the iconic Turbo 2 has been revealed as a 374bhp electric drifter.

The Renault 5 Turbo 3E prototype, which joins the Renault 5 show car, has been created to show that EVs can be fun, said deputy design boss Gilles Vidal, while paying homage to the special sport variants of the French firm's past.

To do this, three drift modes have been added - something not seen on the original 1980s hot hatch. These program the car to allow for easy drifts, donuts or just quick, "playful" driving.

When one of the drift modes is active, pink, blue and yellow LED stripes flash on the front of the car, adding to the "1980s video-game vibe". 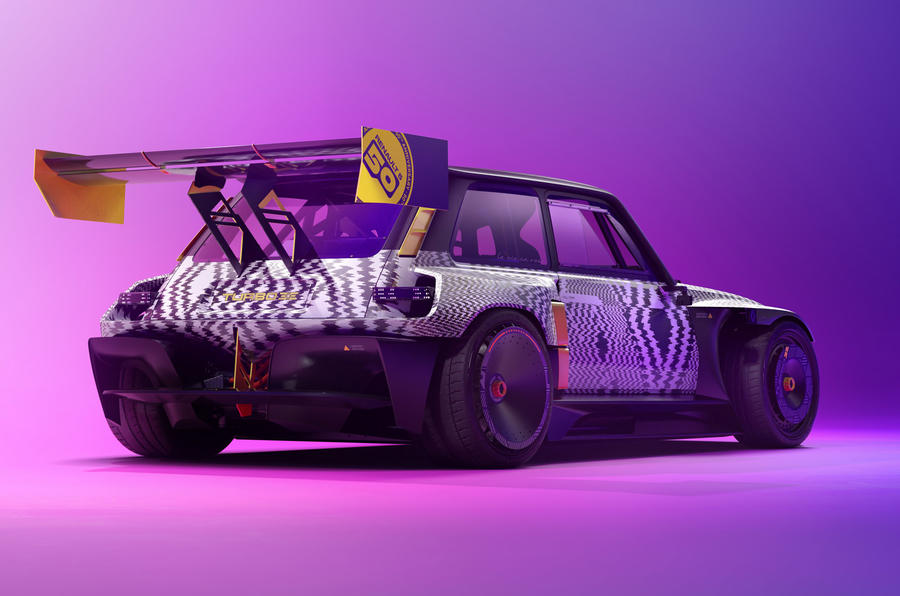 Want to show your mates your drifting skills? Renault has thought of that too, integrating 10 mounting brackets for cameras, such as GoPros, inside and outside the bodywork.

Drifting is helped by a rigid tubular chassis, a flat base, a roll bar, a carbonfibre body and a wide steering angle.

A deep air inlet on the front of the car aids downforce and cools the battery and a massive wing pushes the rear wheels into the road to keep the car planted. 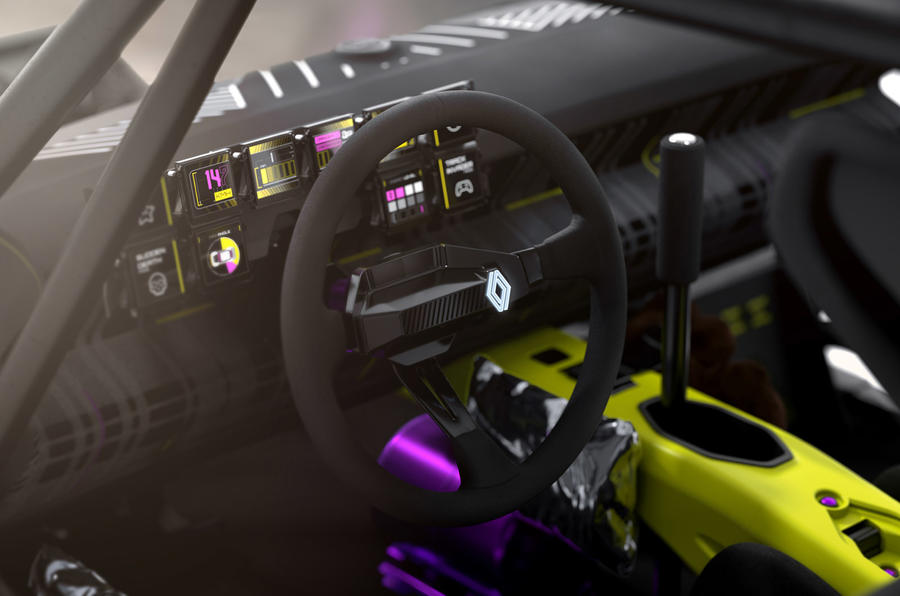 A 42kWh lithium ion battery powers the motors, which can be fully charged in two hours via a 32A charger. A range of around 200 miles is expected, although no official figures have been given.

Vidal said: "The Turbo 3E combines ultra-tech design and wilful exuberance with numerous references to the world of car racing and video games.

"This pure-electric drifter demonstrates that electric cars can also be fun with incredible performance." 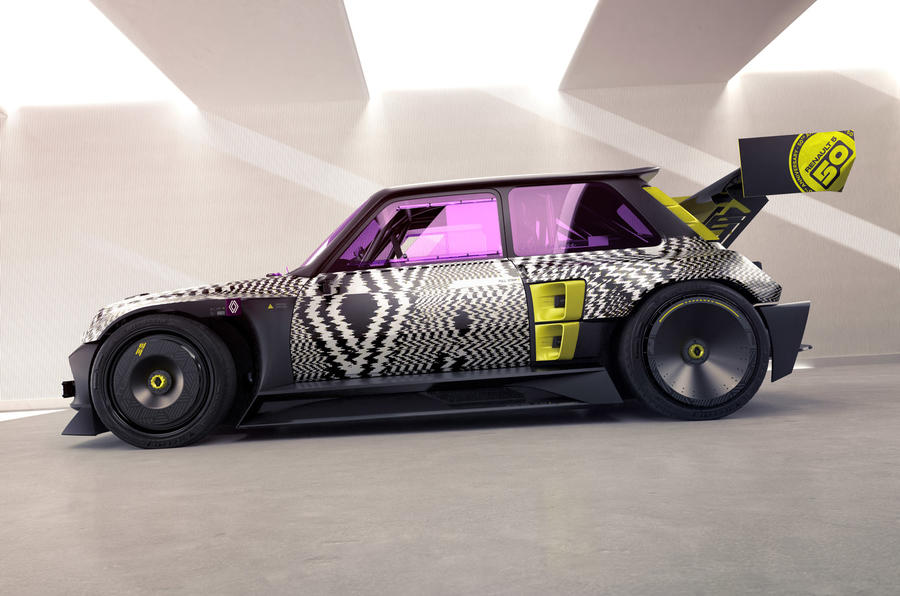 Many cues from the original Turbo 2 can also be found within the prototype, including the iconic huge side-mounted air inlets and rear fenders. The bonnet, doors and cockpit are also the same shape as their predecessors.

The prototype will debut at the Chantilly Arts and Elegance contest on 25 September before being shown off at the Paris Motor Show next month.