Matt Prior: Why I'm excited for Aston Martin's future

So that's that: Tobias Moers' time as the CEO of Aston Martin has ended. I wonder whether in time, as the saying now goes, "recollections may vary" about the whys and hows.

Summaries of the state of Aston Martin already vary. Moers streamlined and made its production lines more efficient, so good has come from the past two years, but the list of motivated and talented people who are no longer on the company's payroll by their own choosing is both long and telling.

Ultimately, for the likes of you and me, it will be hard to judge Moers' tenure, because so few cars have been heavily influenced by him.

From talking to friends and colleagues in the industry, I gather that Moers and Aston Martin didn't feel like the right fit for each other, but car companies take longer to turn around than sports teams, and replacing the boss if you don't like recent results means they don't have much say on the metal that rolls out of the doors.

What I like about Amedeo Felisa, former Ferrari chief and Aston Martin's new CEO, is that under him, Ferraris were not only brilliant but showed the character of their engineers. There was a real joy and freedom to them, stemming from great people being allowed to do their jobs, rather than being told how to. Let's hope some of that character flows out of Gaydon.

If you subscribe to this magazine (and very good value it is too etc), you will receive a weekly editorial email from one of its writers - which last week was me, banging on again about small old cars but wanting more complex engines in them than the sometimes wheezy little units they get.

Those who don't mind modifying cars (I'm one of them) sometimes put motorbike engines in cars, which isn't really my thing, because they're quite hyperactive and buzzy - and they get a bit pricey.

My latest muse, then, is wondering if you could take a bunch of cylinders from the air-cooled Honda GX engines - the type that you find in generators, lawnmowers and hire go-karts - and put them around a common crank. If you took 12 of the 160cc units, you would have a 1.3-litre V8 or a 1.9-litre V12 making, by my reckoning, not much power at all, but it might sound terrific.

I dare say that cooling it and fuelling it efficiently would be a disaster, but it would be fun to find out. I would try it, but I would need to retire first, so obviously I will never get around to it. 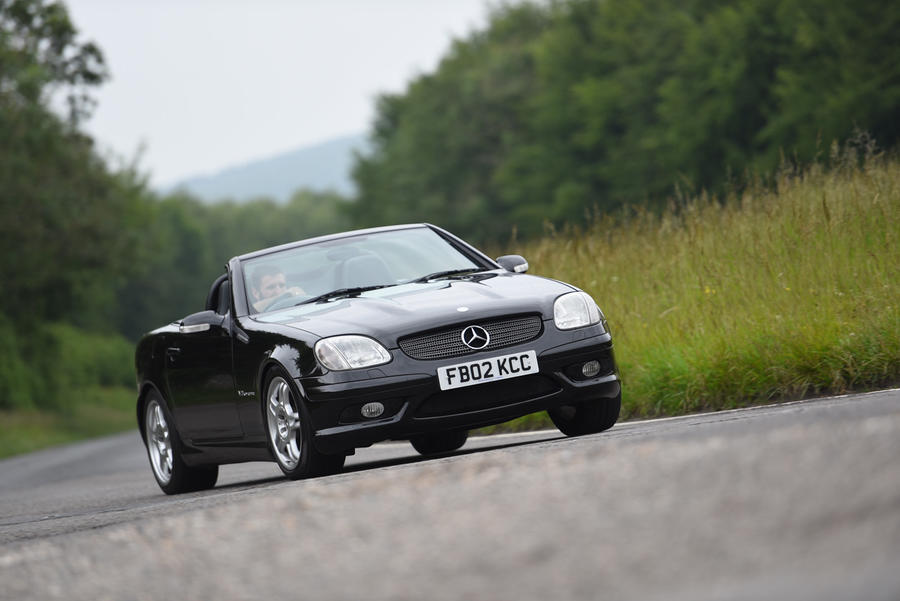 I've been reading our latest big used-cars feature and been quite taken with some of the oddball choices, which have an appeal now that they never did at their launch.

I would never have recommended the Vauxhall Cascada when it was new, for example, but I can see the appeal now to someone thinking about getting cheap soft-top motoring with relatively trusted mechanicals. A friend recently bought an original Mercedes-Benz SLK - not much liked at the time - for summer driving, and that made perfect sense to me too.

It's curious how as cars get older, what you think about them changes. If I can't decide between different star ratings when writing a review, I go with the lower one, because that's definitely how I will feel about it in six months' time. Maybe I should more often ask myself what I might think about it in 20 years' time too.