Toyota bZ saloon could arrive in Europe as soon as 2024, aimed squarely at Tesla Model 3 Saloon, likely named bZ3, set for European launch but will debut in China first

Toyota is on the cusp of one of the most rapid and comprehensive BEV roll-outs from any car company yet, with the launch of a zero-emissions alternative to each of its core offerings alongside standalone models to compete in new segments.

The firm has been vocal in recent years about its belief that electrification isn't the only route to decarbonising the global vehicle parc, but it's committed to launching a diverse and comprehensive range of electric vehicles to cover the most popular market segments, success in which is crucial if it is to maintain its position as the world's leading car manufacturer.

Like established mainstream rivals such as Volkswagen, Stellantis, Kia and Hyundai, Toyota is using a bespoke EV platform - the E-TNGA - as the basis for a new line of EVs that will in effect succeed today's combustion-engined offerings.

The spearhead of this rollout is the RAV4-sized bZ4X crossover, which is on its way to customers now, pending a fix for a wheel-mounting fault that has delayed its global launch.

According to a line-up preview given by Toyota CEO and president Akio Toyoda at the end of last year, the bZ4X (below) will be followed by an array of mainstream and enthusiast-orientated EVs, ranging from urban-focused superminis to rugged off-roaders, large SUVs, compact commercial vehicles and a sleek new saloon aimed at some of the world's most popular EV models. 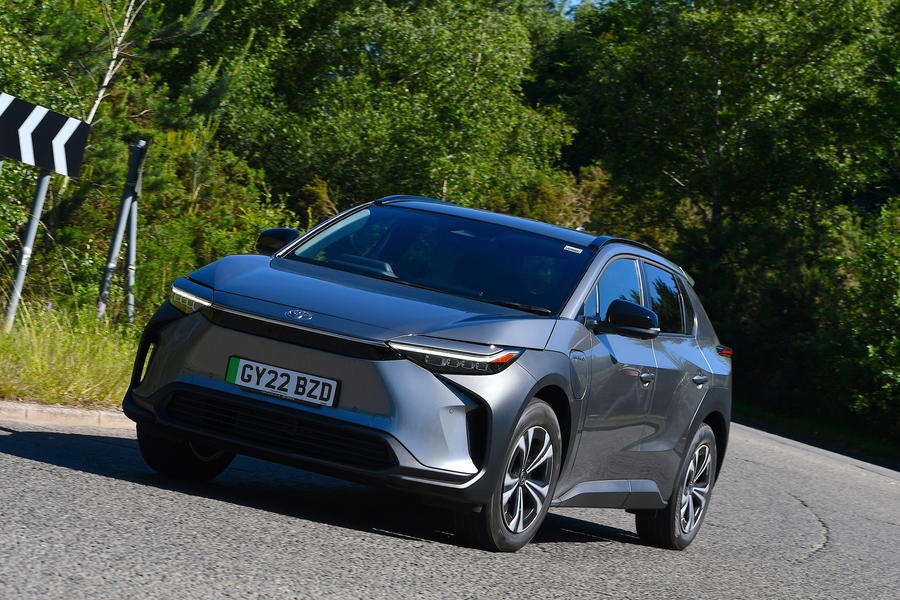 This saloon, referred to as the bZ Sedan in concept form but now thought to be taking the bZ3 name into production, will first be aimed at the Chinese market, where such cars remain hugely popular in the face of a wider global shift towards SUVs.

Toyota has recently reinvented its Crown flagship as a strikingly styled, high-riding fastback for China and the US, albeit with combustion power, but it hasn't made any indication of plans to bring this to Europe.

European prospects for the bZ3 look solid, however, with a potential arrival as soon as 2024, courtesy of an onslaught of similarly positioned new models from rival firms keen to steal market share from the Tesla Model 3.

Volkswagen will launch the sleek ID 6 in China next year, Hyundai's similarly positioned Ioniq 6 will arrive in the coming months and there's a raft of electric executive saloons on the way from nascent - but rapidly expanding - Chinese firms with global ambitions, including the Nio ET5, Xpeng P5 and the not-yet-confirmed but highly likely BYD Seal.

The Seal (pictured) is interesting because a new partnership between Toyota and BYD is set to result in the bZ3 using the Chinese firm's innovative Blade lithium iron phosphate battery technology, which is said to be a much safer and more energy-dense alternative to the conventional lithium ion items powering its rivals. It's also more compact, which should give the bZ3 a competitive edge in terms of interior space. 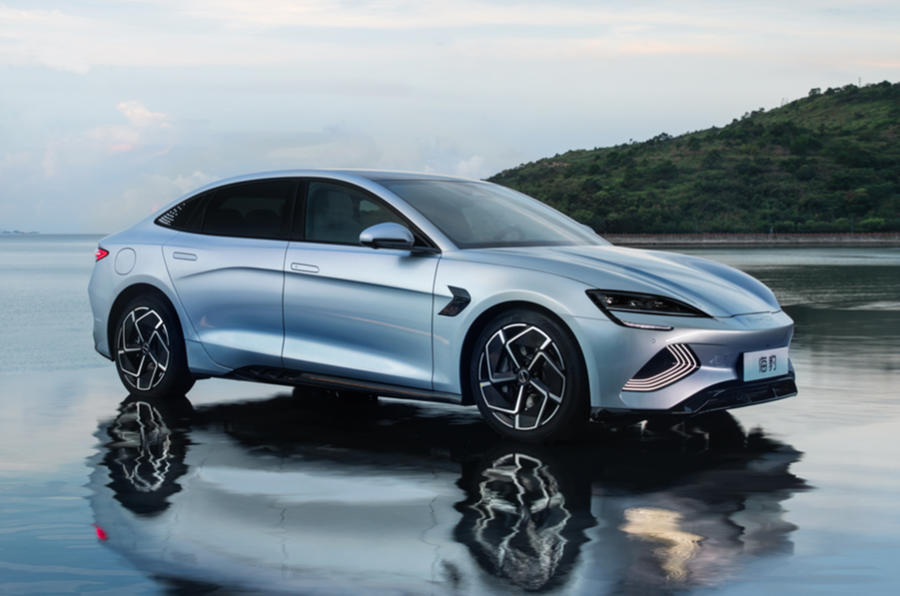 Also, UK (and most likely EU) law will mandate that all car makers have a zero-emissions line-up by 2035, and the bZ3 - at 4725mm long, 1835mm wide and 1475mm tall - seems well placed to take the role of the big-selling Corolla, an electric successor for which wasn't previewed in Toyota's 15-strong EV concept showcase last year.

Specifications published on China's Ministry of Industry and Information Technology website reveal that the bZ3 will be available with either 178bhp or 238bhp, weigh 1710-1840kg at the kerb and have a top speed of 99mph - figures that stack it up neatly against its direct rivals.

Range and efficiency figures remain under wraps, but BYD's new Atto 3 crossover (a similar weight) covers 261 miles using a 64.5kWh Blade battery, so the more aerodynamic saloon may improve upon that figure if armed with the same hardware.

Toyota has yet to reveal production locations for its upcoming EVs. The bZ4X is built at the firm's Motomachi factory in Japan and by two other Chinese partners, FAW and GAC, in Tianjin and Guangzhou respectively. Investment into other global sites to ready them for the EV era will be necessary, but it remains to be seen whether the Corolla factory in Burnaston, Derbyshire, will be adapted to build E-TNGA-based cars.