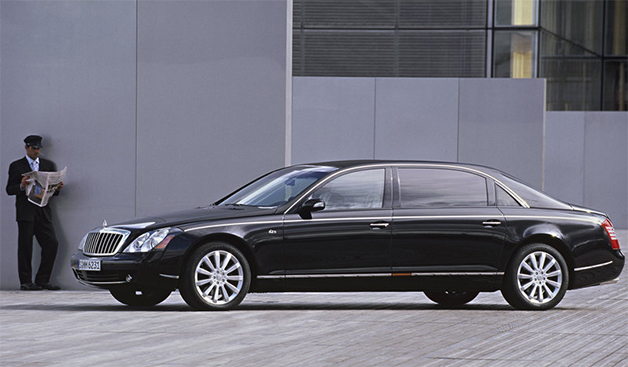 According to a report in Reuters, we will get to know the new face of Maybach at this year's Los Angeles Auto Show and Guangzhou Motor Show. The revival of the name has been in the news for a while now, but what hasn't been clear is where it will fit in with other models like the coming Pullman. The Reuters piece says it will be "used to adorn an exclusive version of its S-Class limousine," but the real punch is reading that it is expected to "cost more than double the 165,000-euro ($228,000) asking price of its current flagship, the Mercedes-Benz S600."

The base price of a 2012 Maybach 57, the year the brand died, was $376,300. If Reuters is correct, and depending on how much "more" is added to "double," the price of Maybach just as a trim level and not as a standalone brand could still carry a gaudy premium for what the article calls "soft-touch leather and bespoke materials." True, that listed euro price will be higher than our own S600 - which we don't know the price of yet. But our 2103 S600 cost $160,300, which - again, assuming the double-down price is correct - would have a Maybach buyer staring at a $321,000 bill, or more, before he puts his Conway Stewart pen to work on options.

On the other hand, that still leaves room for a Maybach-branded S-Class to tout its cost difference relative to the Rolls-Royce Phantom, which currently starts at $402,940; if you have a third hand, though, the Bentley Mulsanne is "only" $303,700. We look forward to the LA show to find out exactly how Daimler is going to spice and slice this one up. As for that Pullman, Reuters says it will be a state limousine that has an additional, rear-facing bench in the chauffeured quarters. A camouflaged version of the reported limo - all 21 feet of it - was spotted recently in Germany.