BMW has priced up its second fully electric model, the iX3, which is available to pre-order today ahead of UK customer deliveries commencing in Summer 2021.

Two exclusive variants will be offered at launch - the Premier Edition and Premier Edition Pro, priced from Ł61,900 and Ł64,900 respectively. Although not confirmed, cheaper variants could follow at a later date.

The Premier Edition comes as standard with kit such as 20in alloys with a unique aero-boosting design, an electric tailgate, adaptive suspension and a panoramic sunroof. Electric seats with front seat heating, wireless phone charging and a suite of driver assistance systems are also thrown in. Four exterior paint colours, two exterior trim colours and four ?Vernasca? leather colours are offered. 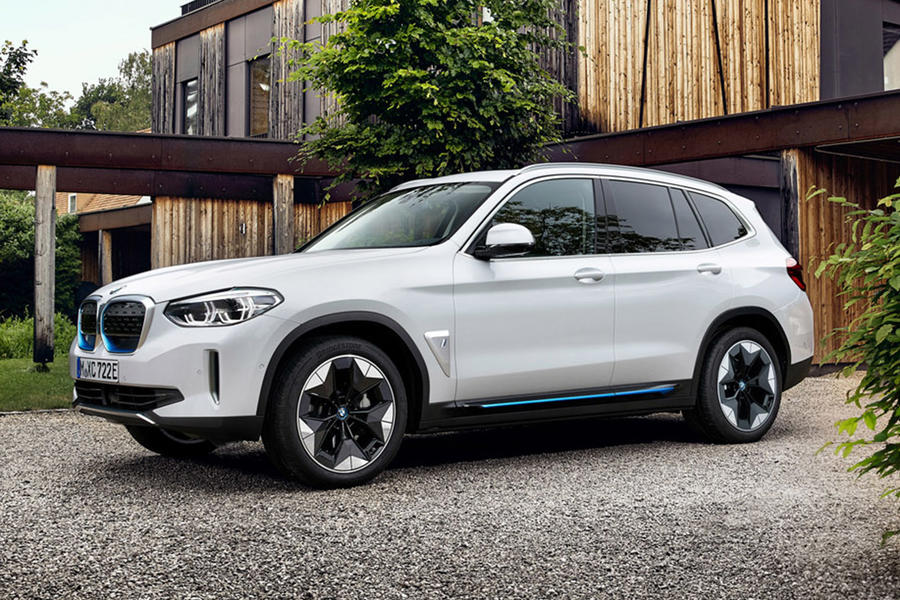 Based on the third-generation X3, the electric SUV is positioned above the i3 supermini and introduces what BMW describes as its fifth-generation eDrive system. It features a newly developed electric motor and battery combination that provides it with 282bhp and an official WLTP range of 285 miles.

First previewed at the 2018 Beijing motor show, the iX3 breaks new ground by being the first BMW to be produced in China for export to key world markets.

Production of the iX3, the first of three new electric, i-branded BMW models due to go on sale within the next 18 months, will take place exclusively at a joint-venture factory operated by BMW and Chinese car maker Brilliance in Shenyang, Liaoning, with right-hand-drive UK deliveries planned to begin in March 2021.

Holding true to the appearance of the concept, the production version of the iX3 is differentiated from the standard X3 by a blanked-off front grille with vertical air ducts at each corner, an altered breather element behind the front wheelhouses, revised sills and a lightly revised rear bumper. Blue elements within the grille, sills and rear bumper are used to signal the iX3?s electric propulsion. Aerodynamically optimised 19in wheels contribute to a drag coefficient of 0.29. 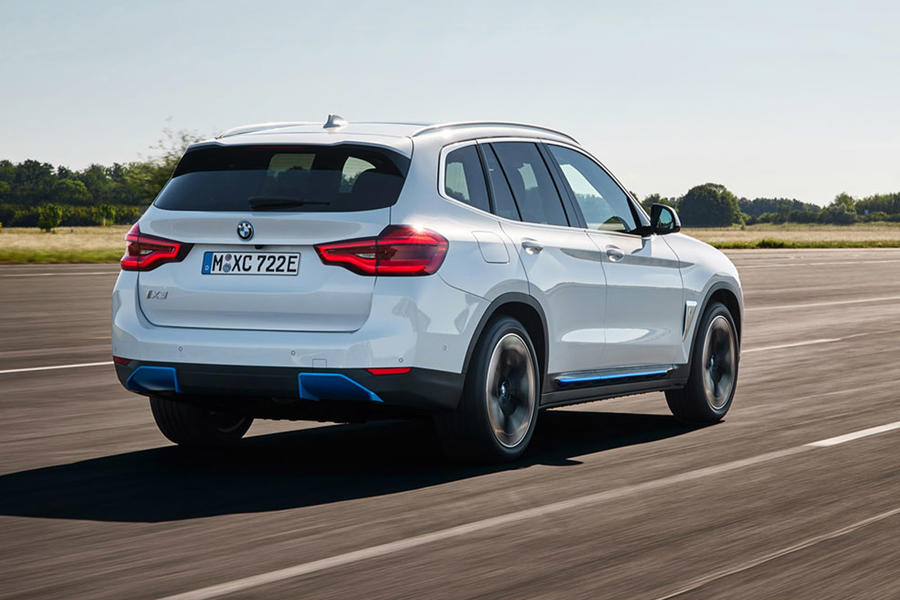 Although its bodystyle might suggest it offers four-wheel drive, the iX3 is planned to be exclusively rear-driven. Power comes from a rear-mounted electric motor producing 282bhp and 295lb ft of torque, being channelled through a single-speed gearbox.

The BMW-developed motor avoids the use of rare earth metals, boosting the environmental credentials yet also reducing the manufacturing cost. Power density is said to be 30% greater than that of the i3?s motor. It?s also engineered to achieve its peak torque at higher sustained revs than any of BMW?s earlier motors. Sources suggest it can achieve up to 17,000rpm, compared with the i3?s 14,000rpm.

As well as featuring in the iX3, this fifth-generation motor is set to be used in a more powerful tune by the upcoming i4 compact saloon and the iNext large SUV ? both of which are due by the end of 2021.

Energy is provided by an 80kWh gross (74kWh net) lithium ion battery pack that operates at 400V. By integrating the battery within the floorpan, BMW claims to have lowered the centre of gravity by up to 75mm over the conventional X3 for what are described as ?noticably enhanced lateral dynamics?.

Unlike the i3, which uses Samsung battery cells, the iX3 uses cells from Chinese battery manufacturer CATL. BMW says the cobalt content has been significantly reduced, but the main reason to use CATL stems from a regulation that electric cars made in China must use a domestically produced battery.

BMW offers a number of different charging possibilities for the iX3, including 150kW DC rapid charging for an 80% charge in 34 minutes.