The Mercedes-Benz EQS SUV, the German car maker's all-new, electric luxury flagship, will go on sale in the UK in early November with prices starting from just under Ł130,000.

The Audi E-tron and BMW iX rival, which will join Mercedes' rapidly growing line of EVs, is based on the same dedicated electric vehicle architecture (EVA) platform as the Mercedes-Benz EQS and Mercedes-Benz EQE saloons.

It supports both single-motor, rear-wheel-drive and dual-motor, four-wheel-drive layouts, and power for all launch models is provided by a 107.8kWh battery.

It's the same lithium ion unit used by the EQS saloon - packaged within the floorpan to give the luxury SUV a largely flat floor and what Mercedes-Benz says is the lowest centre of gravity of any of its SUV models.

Despite sharing many of its mechanical parts with the EQS saloon, the Mercedes said the SUV was tough to develop. 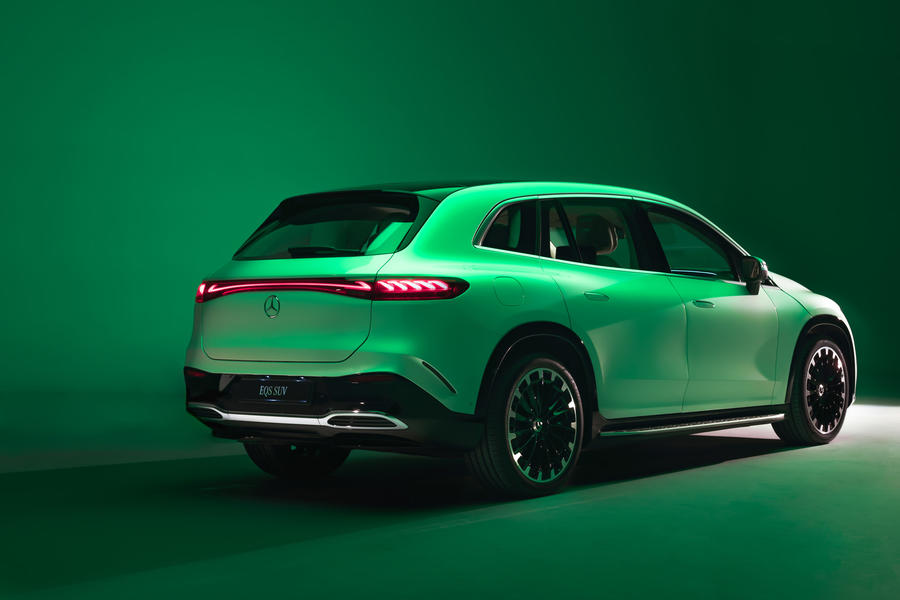 "At the end of the day it was quite difficult. It took us nearly six years - we designed the platform from the beginning to have this spread [saloon and SUV], so we knew the requirements for the SUV very well from our experience with the GLS," said Oliver Rocker, chief engineer for Mercedes' large vehicles, told Autocar.

Rocker said Mercedes used much of its experience from successfully developing large internal combustion engined cars to further differentiate the EQS SUV. Up to 80% of the model's development was unrelated to its electric drivetrain, with a focus on the MBUX infotainment system, intelligent safety equipment and other parts including the seats, electric wiring harnesses and disc plates.

The firm has also drawn inspiration from some of the technologies used in the Mercedes EQXX concept, which is based on Mercedes' next-generation MMA platform.

"We incorporated some good ideas on aerodynamics on the EVA2 platform, and some good learnings were made out of the infotainment systems and how we can reduce energy usage," Rocker said.

"Also, the drivetrain, steering... we learned a lot. For the EQS sedan, we made big steps forward in the last six months of the development process. We found some small benefits in the wind tunnel, and we changed some parts, we closed the underbody covers a little bit more to bring down the drag coefficient. 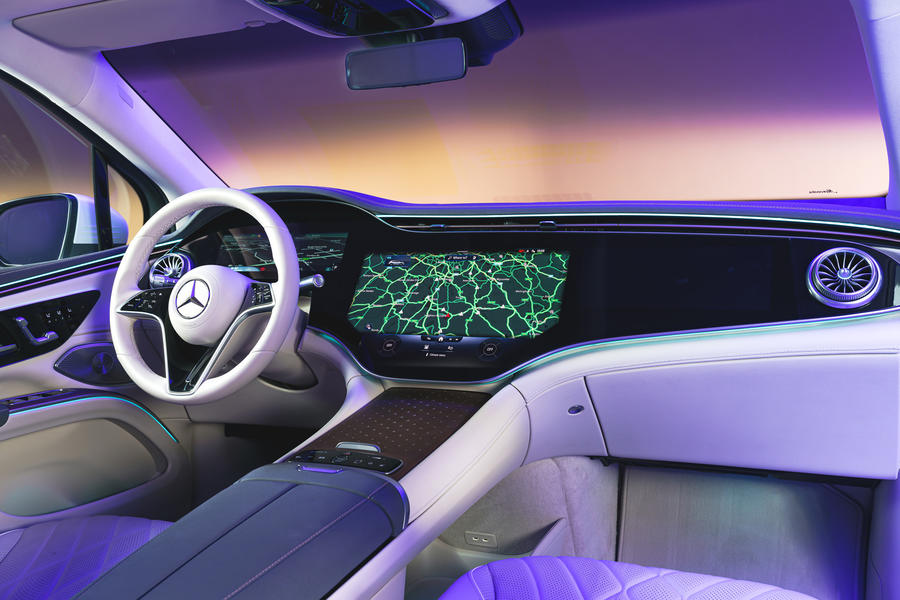 "As we see for both models, we made a lot of tweaks in the last month and our colleagues did an enormous job to find the last tenth of drag coefficients of the efficient drivetrain. To be honest, not everybody at the company thought we could come up with values like that but we managed it. We also are very proud of how the rear driving values with those vehicles - we got good values from the dynabench that you can see in real-time driving behaviour."

The EQS is also the first Mercedes EV to feature a bespoke off-road mode to improve its drive in extreme conditions. Rocker told Autocar that the mode wasn't a main goal of the EQS SUV's development, but that the model still impressed in hot and cold climates.

It wasn't one of the main goals in the development spec book to have off-road capabilities. As we drove, we saw very excellent behaviour from the vehicles on the ice in Sweden and also on the off-road courses," said Rocker.

"We were very excited and a little bit surprised how this big and heavy vehicle managed icy roads and driving in Sweden and so on. We did test drives on dunes near Las Vegas, on the ice in Sweden and in other off-road areas so we developed the capabilities of the vehicle during the development phase. It was a very interesting process and we're very happy with the result and what the vehicles can do."

At 5125mm in length, 1959mm in width and 1718mm in height, the EQS SUV is 82mm shorter, a scant 3mm wider and 105mm lower than the Mercedes-Benx GLS SUV. It also rides on a wheelbase that is 75mm longer than its combustion-engined sibling, at 3210mm - the same as that of the EQS saloon. The exterior draws heavily on the smooth-surfaced design first established on the three-year- old Mercedes-Benz EQC SUV and which is reflected on the more recent EQS and EQE saloons.

Key styling elements include a blanked-off black panel grille that extends well into the lower section of the front bumper (optionally with a star pattern treatment), angular LED headlights (optional with Mercedes' Digital Light functionality) and a horizontal LED light bar across the leading edge, all of which provide a clear family resemblance to other EQ models.

As on the EQS and EQE saloons, the EQS SUV's large clamshell-style bonnet is designed to be opened only during servicing, with the filler for the windscreen washer integrated into the driver's-side front panel.

In a departure from the EQS and EQE saloons, the doors are framed. They also feature flush handles as standard across the range. Narrow running boards will be offered as optional equipment, and these are claimed to contribute to aerodynamic efficiency by smoothing the airflow along the side of the new model. The firm has yet to reveal a drag co-efficient for its latest EQ model, although officials suggest it is the most aerodynamically efficient SUV in its ranks, thanks in part to a completely flat undertray as well as a heavily shrouded tailgate.

Mercedes-Benz has confirmed two EQS SUV models with three powertrains will be available from the start of UK sales.

Heading the line-up is the four-wheel-drive EQS 580 4Matic with 536bhp and 632lb ft. These figures represent slight increases over the equivalent EQS saloon, but the SUV manages the same range figures as the lesser-powered 4WD model.

The driver can also choose an adaptive setting called D-Auto, which constantly alters the regeneration depending on the driving conditions.

As with the EQS, the SUV is underpinned by four-link front and multi-link rear suspension featuring Mercedes' AirMatic air springs and variable damping control as standard.

The ride height can be raised by up to 25mm at speeds up to 50mph, while above 68mph it is automatically lowered by 10mm in Comfort mode and by 15mm in Sport mode to reduce drag and aid overall efficiency.

A rear steering angle of up to 4.5deg is standard across the EQS SUV line-up but can be optionally boosted to 10deg to bring the turning circle down from 11.9m to 11.0m, or roughly the same as a Volkswagen Golf.

There are four primary driving modes: Eco, Comfort, Sport and Off-Road, the last of which can be operated with or without the electronic stability program engaged.

In Off-Road mode, the respective thresholds of the traction control system, anti-lock brakes and downhill speed regulation, as well as the mapping for the throttle, are matched to "enable the EQS SUV to tackle light terrain", according to Mercedes.

A high-mounted dashboard houses individual 12.3in digital instrument and 12.8in portrait-style infotainment displays as standard, while the plusher EQS 580 gets the headline Hyperscreen, which operates on an eight-core processor and with 24-gigabytes of RAM. Some 1410mm wide, it includes 12.3in instrument, 17.7in central infotainment and 12.3in front passenger screens in one expansive surface.

The MBUX operating system supports conversational speech commands via a 'Hey Mercedes' prompt and can receive over-the-air software updates. There is also an optional head-up display with augmented reality navigation.

An optional third row of seats extends accommodation to seven in all, although legroom and kneeroom are at a premium for adults. So configured, the new Mercedes-Benz model offers 195 litres of luggage space.